Economic Perspectives on Craft Beer: A Revolution in the Global Beer Industry
Edited by Christian Garavaglia and Johan Swinnen and published by Palgrave Macmillan

This document presents the current state of the brewing industry in Latin America with special attention given to micro brewing firms. We find that the market conditions in Latin America are favorable to significant growth in the brewing industry and particularly for craft and specialty beers. This study draws on a general overview of the industry in the region as well on five different countries. May 2015.  Document here.

The Brewing Industry in the U.S.

U.S. is according to a recent study published by the American Association of Wine Economists (Colen and Swinnen, 2011) the 7th country in the rank of per capita beer consumption. Ireland and Czech Republic are ranked in the first and second place with an approximate consumption of 42 gallons each country (160 liters).
In 1947, there were 421 traditional breweries in operation in the United States (Brewers Almanac, 2011).  Currently, competition and economies of scale have led to a beer industry with twenty macro brewing firms offering a very homogeneous product, American lager beer.

Two basic factors are related with the boom of new breweries, mostly micro or specialty breweries.

2) Legislation:  a. The legalization of home brewing and brew pubs: There were just two specialty breweries in 1978 when home brewing and brew pubs where legalized by President Jimmy Carter. In 2010 the number was over 1600. b. Tax stimulus to small breweries in 1991: The increase in the number of specialty breweries has been prodigious, especially after 1991, when tax advantages were expanded in support of microbreweries. While the Federal excise tax rate for large brewers increased from $9 to $18 per barrel, brewers with annual sales of less than 2 million barrels continued to pay $7 per barrel on their first 60,000 barrels sold annually (Tremblay and Tremblay, 2005)*. According to Tremblay et al. (2005), “Homogenization of the beer produced by macro brewers, changes in local demand conditions, and a more favorable regulatory environment created profitable niches in many local markets for micro brewery beer, and entry into this sector occurred at a phenomenal rate from 1977 to 1998.”  However, they argue, “The microbrewery boom appears to be over, but firm turnover and market competition will remain high in the specialty sector given low entry barriers, foreign competition, and consumer demand for variety,” 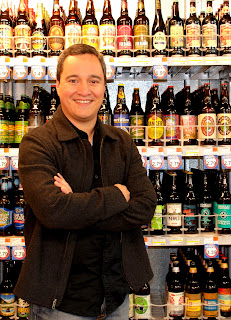 More recently, The Economist (The global beer industry, May 5th 2011), reports that “little brewers are so tasty that big ones are lining up to swallow them. In March 2011 ABI bought Goose Island, one of the larger American microbrewers, for $39m. Molson Coors recently bought Sharps, a British brewer of real ales”.

What we have found (Toro, et al, 2012) is that mass produced beer and craft beer seem to be two different markets. Consumers do not respond to changes in prices and/or income in the same way. That is why I think we will see every day more big mass breweries buying small regional producers, and keeping their products characteristics to reach those new markets created by the new non-traditional flavors and styles.

Abstract: Although mass-produced beer still represents the vast majority of U.S. beer sales, there has been a significant growth trend in the craft beer segment. This study analyzes the demand for beer as a differentiated product and estimates own-price, cross-price and income elasticities for beer by type: craft beer, mass-produced beer, and imported beer. We verify that beer is a normal good with a considerably inelastic demand and also find that the elasticity of substitution across types of beer is close to zero. The results suggest that there are effectively separate markets for beer by type. Submitted on July 23 of 2012 to Journal of Agricultural Economics (ISI Journal Citation Reports © Ranking: 2011: 3/14 (Agricultural Economics & Policy); 59/320 (Economics)). More information here.

Riding Wave of Popularity, Craft Brewers Ask Congress for a Tax Cut
The New York Times (March 28, 2013) By ANDREW SIDDONS
“Beer is sort of a recession-proof industry,” said Jill McCluskey, a professor of agricultural economics at Washington State University. “In bad economic times, it’s something that people can still afford.”